The Campaign for Historic Trades is working to address the systemic barriers to historic trades training to grow the trades workforce. The Campaign’s Program Manager Natalie Henshaw has a letter in Monday’s Washington Post entitled “Supporting the Trades” about education and apprenticeship accessibility.

In the Washington Post article Long disparaged, education for skilled trades is making a comeback, the value of trades training was featured, although not acknowledged was the current hurdles to enter trades careers, particularly for those currently underrepresented in the field of historic trades.

The Campaign for Historic Trades, our bold initiative to strengthen and expand training in the high–demand field of historic trades, is working to solve that issue, among others. In addition to a call for more states to invest in infrastructure to support all people who want to pursue a career in the trades, Natalie writes: 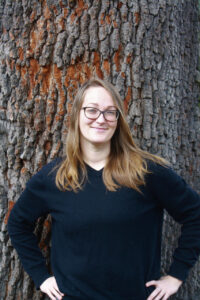 There are many systemic barriers to access trades training and jobs, and it’s important to note that increasing the trades workforce also requires education and apprenticeship opportunities be widely available to diverse audiences. With fewer roadblocks to enter the field, perhaps more young adults — particularly those presently underrepresented in the industry — would consider this path.

Read the full Letter to the Editor

Support The Campaign for Historic Trades

Apply for an internship in the historic trades